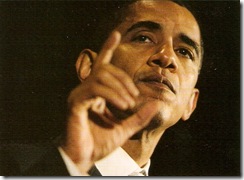 as he called on all Americans

to draw lessons from the lives of the fallen

and the heroes that took a stand

While confronting the political debate

which erupted after the rampage

warning “…peoples of all beliefs” not to use the tragedy

to further divide with accusatory verbiage

He asked us to, “…sharpen our instincts for empathy.”

not to turn on one another

the truth wont make you shudder

One of the most powerful addressees

President Obama has ever delivered

harnessing emotions generated by the shock and loss

his words made the far far left quiver

“……to expand our moral imaginations

to listen to each other more carefully

……to remind ourselves of all the ways

that our hope and dreams are bound together.”

“At a time when our discourse

has become so sharply polarized

at a time when we are far to eager

to lay the blame for all that ails the world

at the feet of those who think differently than we do.”

“It’s important for us to pause for a moment

and make sure we are talking with each other

I say ya’ got ‘a communicate with your brother

To a rally-like overflowing crowd

at the University of Arizona

eulogizing the six people who died

trying to maintain a neutral persona

was targeted for assassination

thoughts that,  “…lurked in the inner recesses of a violent man’s mind.”

The events should force individuals to look inward

and prompt a collective response

against reflexive ideological and social conflicts

don’t act with an air of nonchalance

there were clear political ramifications

for the evening he appeared above partisanship

but his re-election politics not on vacation

President Obama said, “If this tragedy

promotes reflection and debate, as it should

let’s make sure it is worthy of those we have lost.”

his words should not be misunderstood

The President then said, “Let’s make sure

it’s not on the usual plane of politics

and point scoring and pettiness

that drifts away with the next news cycle.”

He saved his final words for Christina Green

“If there are rain puddles in heaven

Christina is jumping in them today.”